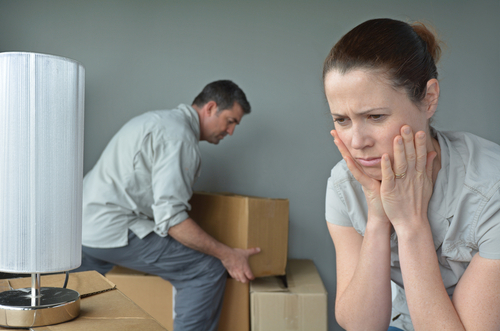 How Do I Prove I’m Separated for a North Carolina Divorce?

While it may seem like an easy thing to prove, courts take the separation requirement quite seriously.

If you are seeking a divorce in North Carolina, the law requires you to show that you have “lived separate and apart for one year” from your spouse. In other states, the law doesn’t require spouses to physically move into separate residences and live completely apart. In North Carolina, however, living separate and apart for a one-year period is one of the conditions you must meet to qualify for an absolute divorce.

While it may seem like an easy thing to prove, courts take the separation requirement quite seriously. If you have questions about this requirement, it’s very important to speak to an experienced North Carolina divorce lawyer. Your lawyer can explain your options and help you take steps to ensure your divorce unfolds smoothly.

What If We Move Back in Together and Then Separate Again?

Divorce can be a challenging time for a couple. It’s quite normal for couples to argue and then temporarily reconcile. You have dedicated your life to the other person, and you want to be absolutely certain that you’re not making a mistake. If you move back in together, and resume a husband and wife relationship this may reset the clock on the one-year period you need to live apart. However, isolated incidents of sexual intercourse are not considered a resumption of the marital relationship.

Before you bring your households back together, it’s a good idea to talk through your differences and spend time together outside the house. This will give you an opportunity to be certain that reconciling is a good idea without worrying about being forced to begin a new separation period if the reconciliation doesn’t work out.

Do I Need a Legal Separation Before a Divorce?

One common area of confusion among divorcing couples is the difference between living separate and apart and obtaining a “legal separation.” Under the law, these are two totally different things.

A legal separation is a legal process by which a married couple remains technically married but separates every other aspect of the lives, including custody of their children, finances, and property. Legal separation is something of a rarity in the modern era, as most people who wish to divorce simply get a divorce. However, there are certain circumstances in which a couple may choose to severe financial ties without officially ending their marriage. For example, some religious beliefs prohibit divorce. In other cases, a couple may wish to stay married to preserve health or other benefits for one of the spouses.

If you are considering a divorce in North Carolina, speak to a knowledgeable North Carolina divorce and family law lawyer about the steps you should take to get your case started.