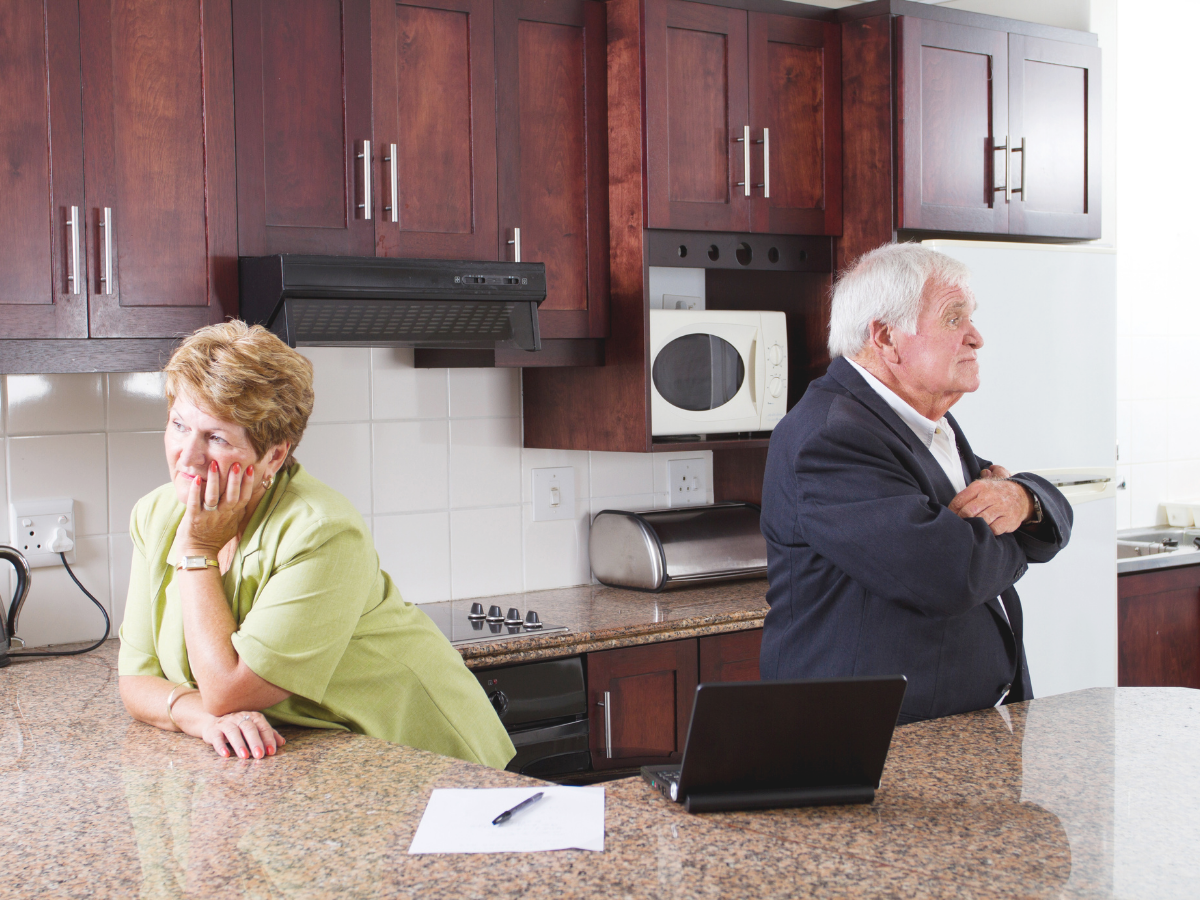 The number of divorces among the baby boomer generation has doubled. The same data shows that the rate of divorce among people over the age of 65 has nearly tripled.

This means the number of divorces among the baby boomer generation has doubled. The same data shows that the rate of divorce among people over the age of 65 has nearly tripled.

The phenomenon has caught the attention of social scientists and researchers who study divorce trends. The increase is often referred to as “gray divorce” because it affects people who are older and who are more likely to be nearing or in retirement.

Why Is 50+ Divorce Increasing?

Experts say there are a number of reasons for the rising divorce rate. Researchers point out that every married couple is different, and broad explanations may not apply to every situation, but several reasons have emerged to explain why the divorce rate among baby boomers continues to climb.

First, experts say modern attitudes about divorce have changed significantly from the 1960s and 1970s, when many baby boomers got married. This generation was raised to revere marriage as an unassailable institution and many were brought up to think of divorce as “failure” or “giving up.”

Today, there is less of a stigma associated with divorce. Modern individuals are more inclined to pursue their personal happiness, which can sometimes mean leaving a difficult or unsuccessful marriage.

For women, financial insecurity can be a reason for staying in an unhappy marriage. In previous decades, women were less likely to work outside the home. As a result, they were often wholly dependent on their husbands for financial security.

In 1950, for example, just 33 percent of women participated in the U.S. labor force. In 2014, that number had increased to 57 percent. Because more women are participating in the workforce, more women now have the financial autonomy they need to survive on their own.

Additionally, older women may be more likely to be well-established in their jobs. If they have been working for a few decades, they may have sufficient income to be able to decide to leave their marriages.

Experts say that empty nest syndrome can lead to a divorce for several different reasons. In some cases, couples tend to stay together because they don’t want to introduce the instability of a divorce into their children’s lives when the children are young and vulnerable. Instead, the parents might decide to wait until their youngest child has graduated high school and left home.

In other cases, however, parents who find themselves with an empty nest may discover that they have little in common now that their children are grown. In some situations, couples spend so many years busy with the demands of children’s schedules that they neglect to spend time working on their own relationship.

According to marriage counselors, the sudden shift from full-time parenting to an empty nest can make spouses feel alienated from each other. It’s also common for parents to experience depression and other mental health issues when coping with children who have left home.

Additionally, people today have a much greater life expectancy than people in previous generations. In 2018, the life expectancy in the United States was a little over 78 years.

A couple married at age 25 in the year 1900 might have only been married for a little over 20 years before one of the spouses passed away. In 1950, the U.S. life expectancy was 65, which is the current retirement age in the United States.

Simply put, people live a lot longer now, which means that marriage must weather more years and even decades.

This doesn’t always work for every couple. Whereas an older couple’s grandparents might have only been married for 30 or 40 years before one spouse passed away, today’s couples might easily celebrate 50 or 60 years of marriage with both spouses leading healthy, active lives.

Of course, this doesn’t mean that every lengthy marriage is doomed to grow stale. But experts have recognized that increasing lifespans can have an impact on many areas of life, including a couple’s happiness in their marriage.

On average, older couples tend to have more assets than their younger counterparts. After a lifetime of accumulating savings, real estate, and retirement accounts, you may be understandably concerned about how a divorce could affect your financial stability. This is why it’s important for couples over age 50 to speak to a North Carolina divorce lawyer about their options.