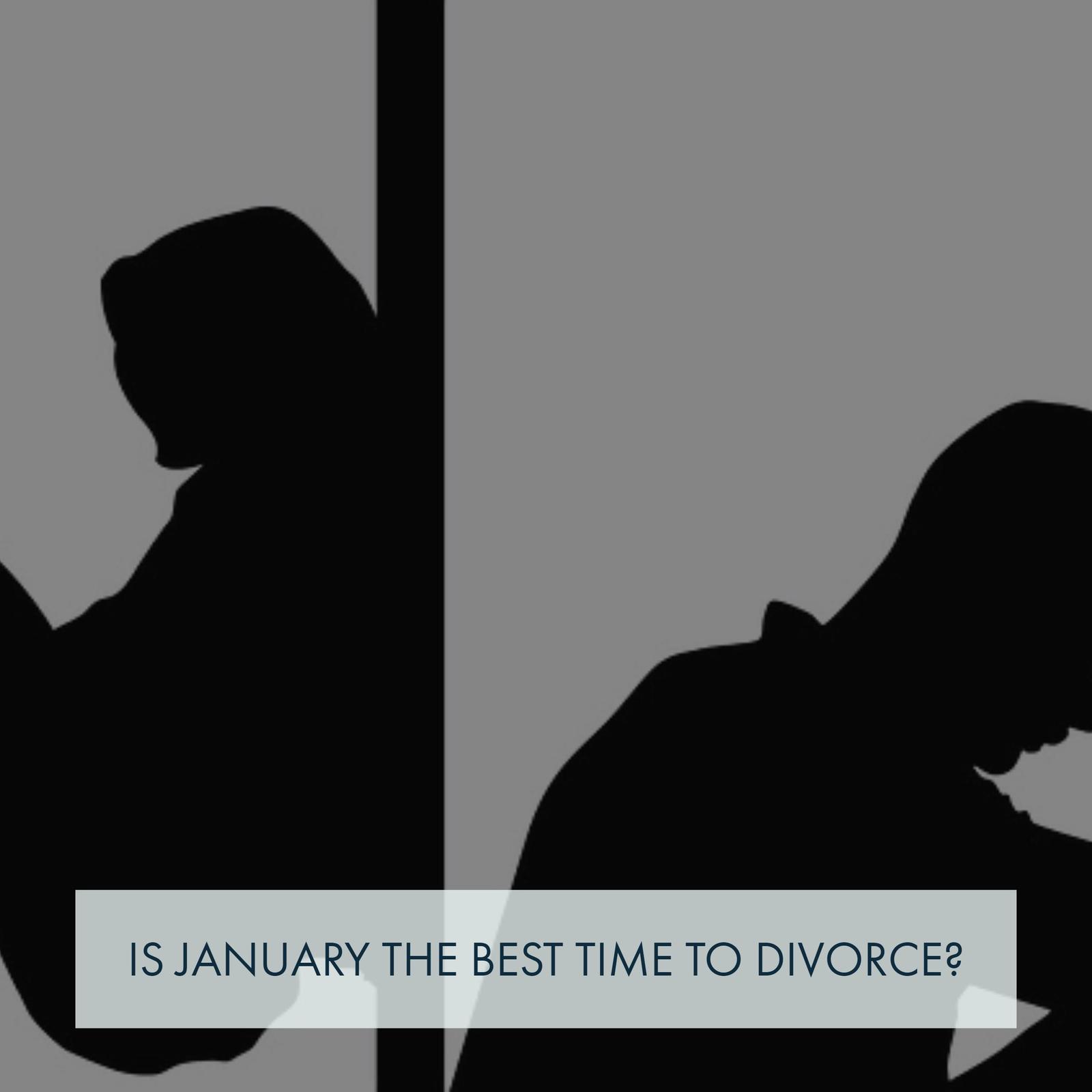 It’s hard to believe that the New Year is already well under way. If you’re still cleaning up from the holidays and struggling to get back into the swing of work and other responsibilities, you’re definitely not alone. According to psychologists, post-holiday depression is a real condition that affects many people.

As the end of the year wraps up and the New Year begins, many people also decide it’s time to end their marriage. You might have heard of a “January divorce boom,” but is there anything to it?

Actually, there is. Data from a study performed at the University of Washington reveals that divorce filings really do spike in January. The study also showed that divorces surge in March and again in August.

Divorce numbers also increase in January in the U.K., with one in five couples in Britain saying they plan to divorce after the holidays. Studies show that many people put off filing for divorce until after the holidays, as they don’t want to interrupt family gatherings and celebrations that run from November through December. Other couples say they are waiting to divorce due to limited court time over the holiday months, when people tend to take vacations.

Is January the Best Time to Divorce?

Just because other people tend to divorce during certain times of the year, however, doesn’t mean you have to.

North Carolina divorce attorney  Lori Vitale explains, “The best time to divorce is when you’re emotionally and financially ready. Many factors influence the decision to divorce. Just as you shouldn’t rush into it, you also shouldn’t put it off unnecessarily because you’re waiting for the ‘best’ time.”

Some people may also wonder if they should avoid a January divorce — or a divorce filing during any of the so-called divorce “busy seasons” — because they worry their divorce will take longer if they file during a popular time.

Vitale says this shouldn’t be a concern. “Each case moves through the court system at a different pace. You and your spouse may have a straightforward case that can be resolved in a matter of weeks. There is no way to tell what kinds of issues may be involved in the other cases on the court’s docket. Don’t delay starting your case because you’re worried about the court having a busy schedule. Your case will still get the attention it deserves.”

It’s also important to work with a knowledgeable divorce lawyer, who can help you plan your case and avoid unnecessary delays and expenses. “Being prepared is one of the best things you can do to give yourself peace of mind during the divorce,” Vitale says.

Are you thinking about ending your marriage? Divorce doesn’t have to be a depressing experience. In many cases, moving on from a broken relationship can give you the emotional boost you need to start enjoying life again. Call today to discuss your options with an experienced North Carolina divorce lawyer.