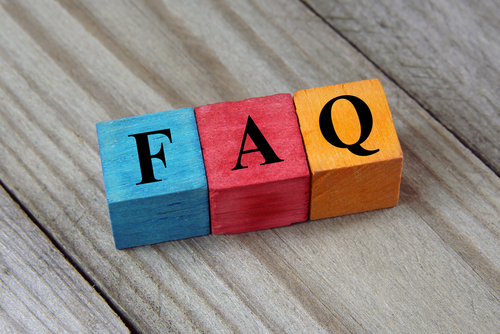 Raleigh, NC / June 17, 2019 / -- When people first start thinking about divorce, they may gather information from friends, relatives, co-workers and the internet. In some cases, the information they receive is inaccurate, even if the person offering it has the best intentions.

One area that can be a common source of confusion is a legal separation. People don’t always understand what a legal separation is, and sometimes they confuse it with the requirement for living separate and apart prior to filing for a divorce.

Do I Need a Legal Separation Before I Get Divorced?

Some people believe that a legal separation is a prerequisite for getting a divorce. However, in North Carolina, there is no separate legal process for becoming separated. This is an option in some states, but it’s not available in North Carolina.

In North Carolina, couples must live “separate and apart” for one year before they can file for a divorce, which is different from a legal separation.

For practical purposes, legal separations aren’t very common in modern times. In previous decades, couples sometimes decided to live separate lives without formally ending their marriage. In some cases, this was due to religious beliefs or social ideas that made divorce not an option. In other cases, people stayed married because one spouse needed financial support or health insurance.

In the modern era, however, it’s quite rare for couples to choose a legal separation rather than a divorce. It’s also possible for one spouse to provide financial support to the other without staying officially married.

Regardless, legal separation is not available in North Carolina. It’s still an option in some states, but even in those states, it’s somewhat rare for a couple to pursue a legal separation.

Do I Need a Separation Agreement to Get a Divorce?

A Separation Agreement is a document that addresses several issues, including the division of the spouses’ property, alimony, division of debt, child support, child custody, and any other items important to the parties.

Do I Need a Lawyer to Write a Separation Agreement?

You can represent yourself in a North Carolina divorce, and that includes drafting your own Separation Agreement.

If you have children, the Separation Agreement can also determine how you and your spouse share or divide custody, as well as how you handle visitation with your child.

The Separation Agreement can approach this in great detail, discussing things such as health insurance co-pays for the child, who will cover the cost of sports and extracurriculars, and how you and your spouse will divide visitation time over holidays.

These issues can be quite complex, which is why it’s generally in a person’s best interest to work with an experienced North Carolina divorce lawyer like Attorney Lori Vitale.

If you attempt to draft your own Separation Agreement, going back to court later to fix any mistakes or unclear provisions can end up being quite costly and time-consuming. If the judge rules against you, you could also end up with a contract that puts you in a financial bind.

Some people also ask if they can share a divorce lawyer with their spouse. The law prohibits two spouses from using the same family law lawyer in a divorce, as the lawyer must only represent the interests of their client.

A lawyer can’t represent two opposing sides in a case, as this is an inherent conflict of interest. As a result, each spouse must obtain their own divorce lawyer.

Can I Still Live with My Spouse Before the Divorce?

North Carolina law requires the spouses to live separate and apart for a minimum of one year before they can file for a divorce.

In most cases, this means living in two separate places. It’s not necessary to obtain a formal agreement, document or court filing to start the process of living apart.

In some cases, couples try to live apart while remaining in the same residence. They might do this because they can’t afford to purchase or rent an additional residence.

If you attempt to do this, there is a risk that the court could refuse to grant the divorce on the grounds that you and your spouse failed to meet the requirement of living separate and apart. It’s in your best interest to consult the counsel of an experienced Raleigh divorce lawyer at Vitale Family Law in North Carolina. Their divorce attorneys will be able to determine what’s best for each unique situation and continue with you every step of the process.